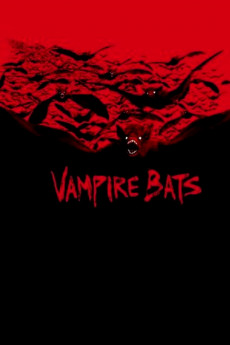 Action / Adventure / Horror In Mercier, Louisiana, the freshmen friends of the Tate University Jason Ortiz, Aaron and Eden go to an underground party in the woods nearby the local cemetery. They drink the punch spiced with ecstasy and completely drugged, Jason is attacked and killed by violent bats. When the police finds the body, they arrest Aaron and Eden as prime suspects. However, their biology professor Maddy Rierdon sees the corpse and advises that the youngster had been actually bitten by animals. When Maddy catches bats using a goat and a net, she realizes that the animals are mutant vampire bats with extra fangs and that the modification of the breed was caused by the water dumped by Carbide Waste Resources in the river. While a group seeks the lair of the bats and a means to eliminate them, Maddy discloses corruption in the town. —Claudio Carvalho, Rio de Janeiro, Brazil