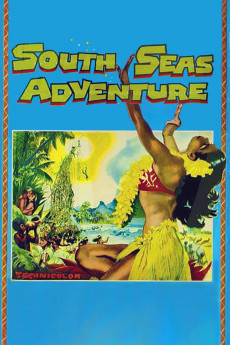 Adventure / Romance The fifth in a series of Cinerama travelogues---and not a Documentary since the vast majority of the film, aside from the scenery, is comprised of fictional stories. The first one involves an American girl, on a cruise to Hawaii, who makes friends with another American girl who lives in Hawaii. The first girl meets the second girls family, and the Hawaiian-girls brother takes an interest in her. The second segment follows the skipper of a sailing vessel taking the route followed by Captain Cook; the next concerns an artist who paints the sights of Tahiti; An American ex-G.I, stationed in New Zealand during World Warr II, returns for a real visit; and the finale is about a group of settlers arriving in the Australian out-back, and the value of the two-way radio.The 120-minute running time includes a 15-minute intermission, as part of the listed running-time. —Les Adams